A common thread brings each of their journeys together. All have been students of the Victorian College of the Arts (University Of Melbourne) and now work throughout the film industry as dedicated filmmakers from emerging to established.

The filmmakers have each chosen to showcase two works that best capture their voice and vision as storytellers and creators.

Viewing capability will appear beneath this text from Thursday 25 March. Read a little more about each filmmaker, and their chosen films, underneath the video file. 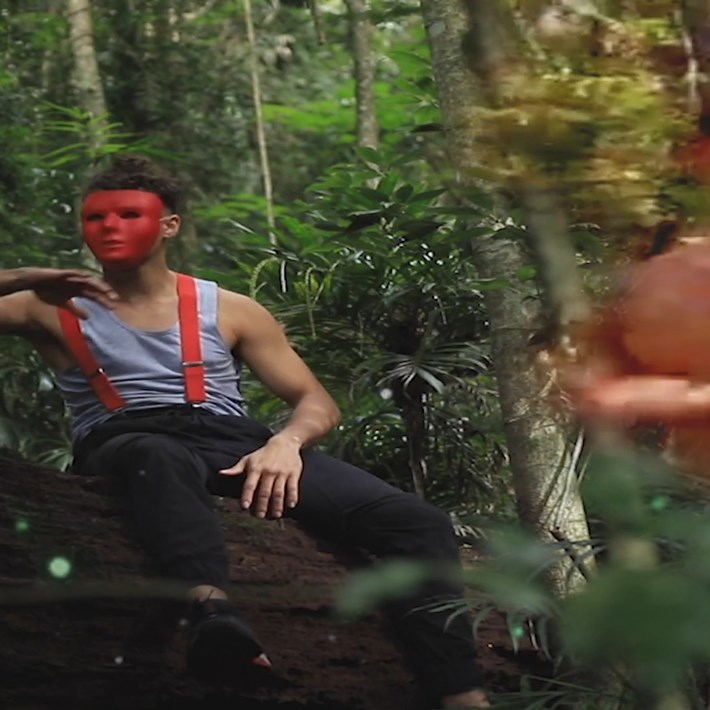 Daniel King brings us two documentary films; ‘Trading Cultures’-  which takes us into the history of a 400+ year trading practice of Trepang and the relationship between the Makassan's of Indonesia and the Yolngu of East Arnhem Land. And ‘Osedoj: The Fish Protector’ - a short documentary following Osedoj, a local Tibetan herder that protects Naked Carp fish from becoming extinct on the Tibetan Plateau. Both of these films' stories are birthed from unique parts of the world but both bring us Daniel King’s observation of relationship to land, water and people and the importance of maintaining that connection today.

Adam Sutardy: Having Been and The Sound of Me

Adam Sutardy brings us two short films; ‘Having Been’ - A collaborative minimalist film observing the serene and icy alien landscape filmed within Finland’s arctic circle during the peak of winter while attending a filmmaking workshop between VCA and Helsinki’s Alto University. And ‘The Sound Of Me’ - A “slice of life” film exploring a moment in a young man’s journey through the dynamics of family, distance, death and a spiritual journey between worlds that connects them all. These films bring us two different story telling experiences and explore Adam’s link to being in touch with the unseen in both the physical and spiritual worlds.

Justin Rhys Grant: A Piece Of Us and Tigermoth (ft. Minjarrah Jarrett) - The Talisman

Justin Rhys Grant showcases two distinct pieces. ‘A Piece Of Us’ - Set in modern day Australia Justin’s graduating VCA film explores family grief and loss and creates a unique connection between people, cultures and circumstance. And in contrast, ‘Tigermoth (ft. Minjarrah Jarrett) - The Talisman’ a music video that gives us a glimpse into the breadth of Justin’s creativity. These two pieces display the diversity of Justin’s directing ability by being able to jump between his interpretation of story and meaning from narrative screenplay and then his  ability to use his response to music into driving visuals.

Tazmyn Slicer brings us two short films. ‘Boys Will Be Boys’ - A film about a young man who struggles to find the truth in his vivid dreams. And ‘Burning Fruit + Black Rot’ - Part experimental, a collaborative piece with fashion designer Amy Marlene Forbes. The film showcases garments through Tazmyn’s visually distinct style via horror about a young boy trying to survive the ghoulish antics of his older brothers. Tazmyn is the youngest of the group and emerging into film through a unique visual style that has the potential to develop into something quite unique.